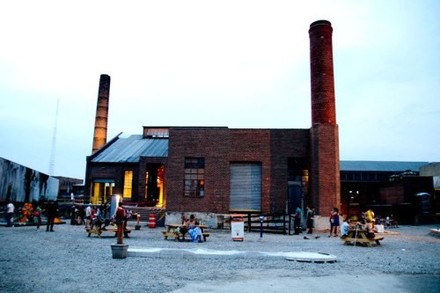 Join us for Sunday Service curated by Yanira Castro, who brings together Martita Abril, Rosana Cabán, Cori Olinghouse, Alexis Ruiseco-Lombera, Tara Sheena to explore communing, commingling, and being together in performance.

To commune is the essential action in performance. Bodies converge in time and space. A word close to commune is to commingle. Commingling makes me think of fluids and also of immersion and dinners without agenda: the ebb of them, the constant shifts of center–who is speaking, laughing, cooking, dancing, yelling, crying? Fred Moten in The Undercommons: “We are committed to the idea that study is what you do with other people. It’s talking and walking around with other people, working, dancing, suffering, some irreducible convergence of all three, held under the name of speculative practice.” How does your practice commune? How does it commingle (or not)? Shift the center? Pour out of “boundaries”? How do you think about the complications of being together in performance?

About the Artists
Martita Abril is a performer, choreographer, and teaching artist from the border city of Tijuana, México. She earned her BFA from San Diego State University and works with dance artists and companies throughout México and the US, including projects and performances with Lux Boreal Danza Contemporánea, Allyson Green, Yanira Castro / a canary torsi, Mina Nishimura, Rebecca Davis, Daria Fain and Rober Kocik, Cori Olinghouse, and Will Rawls. She recently was a performer in Simone Forti’s Dance Constructions at the Museum of Modern Art. She’s been named a PECDA Scholar as a “Young Creator”, a FONCA fellow, and Fresh Tracks Resident at NYLA. She’s also served as a mentor for the NYFA Immigrant Artist Program in 2015, 2016, & 2018. In 2014 she was named Outstanding Alumna by SDSU. www.martita-abril.org

Rosana Cabán is a Puerto Rican born, Florida raised and Brooklyn based audio engineer, producer, and sound artist. She has performed at the Guggenheim, the Brooklyn Museum, MoMa ps1, National Sawdust, the Fillmore, Webster Hall, and over 80 rock venues across the US and Canada. She was an assistant to Mindy Abovitz’s The Oral History of the Female Drummer where she helped coordinate and allocate positioning 20 drummers throughout the Brooklyn Museum. Cabán also composed one of four movements for 19 drummers titled Roto Hotel which was performed at the lobby of the Ace Hotel in New York and produced by Tom Tom Magazine. Currently, she is a Sound Art MFA candidate at Columbia University where she is experimenting with sculptural sound works inspired by vintage technology, nostalgia, and tech noir.

Cori Olinghouse is an interdisciplinary artist, archivist, and curator. Her works have been commissioned by Danspace Project, New York Live Arts, BRIC Arts Media, Lower Manhattan Cultural Council, Movement Research, and Brooklyn Museum of Art. Her practice explores gender as the shape-shifting of multiple perspectives—drawing from Lauren Berlant’s ideas of humor as a space for transformation. She is the founder and director of The Portal Project, a living archives initiative dedicated to the transmission of performance through archival and curatorial frameworks. Olinghouse holds an MA in Performance Curation from Wesleyan University and serves as visiting faculty at the Center for Curatorial Studies at Bard College.

Alexis Ruiseco-Lombera is a Cuban visual artist, performance artist, and writer prompted by the intersection between being non-binary and Cubanidad. Investigating the ontological labour of queer and trans bodies, Ruiseco-Lombera makes performance, video, and photographs responding to their entanglements with trauma, violence, contact, and intimacy.

Tara Sheena is a dancer, writer, and producer based in Brooklyn, NY. As a performer, she is engaged on upcoming projects with choreographers Ivy Baldwin, Ursula Eagly, Leyya Mona Tawil and Nadia Tykulsker. Recently, she has been involved in the work of Stormy Budwig, Catherine Galasso, Lindsey Dietz Marchant, Beth Graczyk, and the feature film Shirley with choreography by Faye Driscoll. As a writer, she has been obsessed with the ways capitalism, race, and performance intersect in dance spaces, what she refers to as “Capital-D Dance.” Her writing has been published in Hyperallergic, the Brooklyn Rail, Fjord Review, DIY Dancer, the Huffington Post, Culturebot and Critical Correspondence. Originally from Michigan, she graduated from the University of Michigan in 2011 with a BFA in Dance and BA in English.

Puerto Rican choreographer Yanira Castro is a Bessie-award-winning artist. In 2009, she formed the interdisciplinary collaborative group, a canary torsi. Castro’s work borrows from dance, performance, and visual art often utilizing interactive technology to form hybrid works. With her collaborators she has developed over ten projects for the stage, gallery and non-traditional sites ranging from video installations, performances and text-based computer games. The work was been presented most recently in NYC at The Chocolate Factory, The Invisible Dog, Abrons, and Danspace Project. Currently, she is a 2018/19 New York Live Arts’ Live Feed Artist, 2018 Yaddo Fellow and Marble House Project Artist-in-Residence. She has received various awards including NYFA’s Choreography Fellowship, NEFA’s National Dance Project, and a 2019 NYSCA Theater Commission

Taking place the first Sunday of each month, a guest curator is invited to organize a salon style evening of cross-disciplinary performances and presentations that brings together a multiplicity of views around a singular prompt, such as a question, theme, or formal structure. Sunday Service centers works in progress, interdisciplinary endeavors, and diversity in format showcased in a lo-fi environment to foster the exploration of ideas and critical discourse amongst peers.

Sunday Service is programmed by Stephanie Acosta and Alexis Wilkinson. Stephanie Acosta is an interdisciplinary artist who places the materiality of the ephemeral at the center of her work, questioning meaning-making and manufactured limitations through her multiple practices. Alexis Wilkinson is the Director of Exhibitions and Live Art at Knockdown Center.