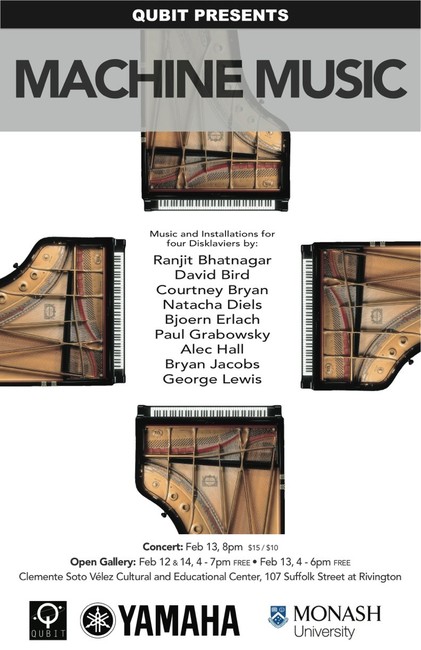 Commensurate with the scale of the Noise Non-ference in March 2013, Machine Music is Qubit’s focal point of the 2014 season, highlighting the interstices of a variety of contemporary currents, including cutting-edge computer technologies, improvisatory instrumental practice and experimental sound installations.

Installations for 4 Disklaviers by Ranjit Bhatnagar and Alec Hall will be exhibited from February 12th to 14th between 4 and 7pm (6pm on the 13th).

Please join us for an opening reception on February 12th from 5 to 7pm. In addition, there will be a concert on February 13th at 8pm.